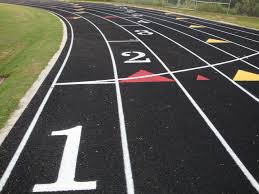 I woke up in a frenzy. Sweating and breathing heavily, I frantically surveyed the eleven foot by twelve foot room my family had just moved me in. My surroundings were drastically unfamiliar and foreign, but once I realized I was in a loft next to my best friend, I instantly noted it was day one of preseason my freshman year at Michigan State University. Women’s soccer, a fall sport, required athletes to report to school earlier than the normal student population. Campus was quiet and desolate. My heart pounding was not.

It was 8:00 a.m., and we were instructed to eat and enjoy our breakfast before reporting to the team locker room for our first meeting at 10:00 a.m. Enjoy breakfast? I was sick, anxious, and nauseated from the anticipation of it all. The schedule we received for Day 1 consisted of meetings and physicals all morning, a break for lunch, and then the impending “fitness test” would take place at 4:00 p.m.

So, we packed our backpacks to head down to the field house for the first time as college athletes. My roommate was as happy go lucky as could be, excited for our new adventure, and seemed more relaxed than I would be even on a vacation to a Caribbean beach. I, on the other hand, was trembling like a dog, focusing on breathing normally, and sweating more than the average person — not just from the August heat and humidity — trust me.

We entered the locker room to see each cubby identified by a green plaque on the top, numerically ordered with a last name in large capital letters. “8 Konheim,” I noted immediately, sandwiched between two upperclassman. “Great,” I thought to myself. So, I sat down, like everyone else waiting for our coaching staff to enter the room. There was nothing more intimidating than “the older girls.” It was like they wanted to appear tough, powerful, and threatening. Just acknowledge that I am here, as a freshman, scared out of my mind.

In walked the coaches. They smiled, nodded, and welcomed everyone to the start of the 2002 MSU Women’s Soccer season. “Let’s go around the room. Say your name, your year, and where you’re from,” said the Head Coach. Sounds easy, right? For such a loud, outspoken person, I, for a second, thought I lost my voice and would never regain it. Not quite sure how, but I found it. And it was not easy.

After that, I was unable to think about or focus on anything else except the 4:00pm fitness test. The “fitness test” requirements were mailed to us at the beginning of the summer so we could train and prepare for the most nerve-racking moment of all time. We were to complete 7 laps around a track in 12 minutes. That is 1.75 miles in 12 minutes, about a 6 minute and 48 second mile, breaking down to about 1 minute and 42 seconds a lap around a track. I had trained for that moment the entire summer. Physically, I could not have been more ready to step on the line, hear the word “go,” and run.

However, there were a few factors that influenced my psychological state leading up to it. We were advised that our campus track was still under construction, so we would need to drive, or find a ride, to the high school nearby for testing. Obviously, the upperclassmen organized rides, but it wasn’t the act of finding a ride. It was sitting in the car, being driven by an “older girl” who clearly wasn’t fond of me as an incoming freshman to begin with, participate in conversation, and try to pretend my heart wasn’t palpitating.

It turned out that not only was our team arriving to run, but the men’s soccer team was also going to be tested at the same time. It was far too much for me to handle.

I walked up when my group was called to the start line. I heard, “Go!,” and took off for the races, literally. Between adrenaline and nerves, I didn’t realize how quickly I started until I heard my first mile time was 6 minutes and 4 seconds. I had not run a straight 6 minute mile EVER. Adrenaline started wearing off, my legs started feeling like heavy tree trunks that I struggled to pick up every step, and I couldn’t catch my breath. Let’s just say, I did not pace myself well. I, somehow, fought like hell to pass the test, but the final three laps were the most difficult, horrible, most torturous minutes of my athletic career.

I made a promise to myself that night. I would embrace, welcome, and treat every single freshman who arrived to campus my following three years like I would have loved to have been greeted. I had only hoped no one else felt as consumed, anxious, intimidated, and as nervous as I did that first day of preseason my freshman year of college. The reality is that an interaction, greeting, or first impression can influence someone’s life in more ways than you can imagine — for the good or the bad. We are all human, and are not always perfect. But the smallest gesture may have the largest meaning.

To this day, 13 years later, I still get butterflies in my stomach every August. The start of a college preseason is a distinct and memorable time that has forever left an imprint on me. I appreciate my teammates who went through those unforgettable moments. Each person and class in some way contributed to the person I have become today. So I thank you all.