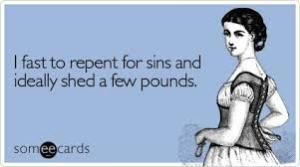 I awoke this morning to head out for an early morning jog. In anticipation of household chaos upon my return, I chose to get a head start to the day. As I walked out of the garage, it felt like the weather had changed overnight. I swear that just yesterday I was awoken by the sun peeking through our bedroom windows. That we went for a long walk after dinner, and it was still light out long after we returned home. But, today was different. I stepped outside at 6:45 a.m., felt a sudden gust of crisp, fall air that had quickly made its grand entrance, and smelled the morning dew that had accumulated on our lawn last night.

For many people, the signs of the seasons changing is refreshing and exhilarating. For me, it is, but I have much deeper associations to the sound of leaves crunching, the temperature decreasing, and the sun rising later than usual.

Today is the first day of Rosh Hashanah, the Jewish New Year. I was raised as a conservative Jew, observing both high holidays: Rosh Hashanah and Yom Kippur. My dad never worked on these holidays, my brothers and I did not go to school, and we attended services at our synagogue in Southfield, Michigan. The holidays fall at different times each year, but almost always in September. Being that soccer was a fall season, September, also, happened to be one of the most critical times, involving significant games and tournaments.

As a child, It always felt like the holidays fell at the worst times, as the September calendar was jammed with school and soccer obligations. No matter how busy life seemed, the second I walked through the back door of my house, surrounded by family, faith, and tradition, I was able to dismiss the fact that I was inundated in assignments, papers, upcoming tests, and projects. It was an opportunity to pray, eat, spend time with family, and eat again. It seemed like we were always feasting. Growing up, I can vividly recall laying on the couch every year, feeling like I couldn’t get up, because I was so full and sick from the quantities I consumed. Then, without an adequate amount of time to digest one meal, it was time for the next. Food and diet were never a concern of mine. I was tiny, petite, ate however much and whatever I so desired, and never thought about it again.

There was one year I remember, in particular. The year I was anorexic. The year that food became my focus. The year that I became obsessed with weighing myself, and seeing the arrow on the scale continuously go down. The diet and exercise regiment I put in place had begun that May. By mid-September, I had dropped 18 pounds already. I am 5’1″. Losing one pound on me is noticeable. I was visibly ill. My clothes were falling off of me, my bones were protruding out of my dress, and I had become stoic. At that point, people were whispering to my mom, after glancing at me, and asking if everything was okay.

Prior to that year, I had dreaded Yom Kippur, the day of atonement. I was required to fast for an entire day. Nothing had ever seemed more miserable or torturous than to fast from after dinner until dinner the following night. But, that year was different. I looked forward to it. An excuse to starve myself, not be ridiculed for it, and get religious gratification out of it seemed monumental. However, my dream of foregoing another day without eating was quickly squashed by my parents. With my fasting family in the car, my dad pulled up to a local restaurant, intending for me to get out and order a carryout lunch to bring home. The man who preached to us our entire lives to observe the holidays, fast, and make sacrifices to be good Jews just pulled up to a restaurant demanding I bring out food on the holiest day of the year. “But, dad, it’s Yom Kippur, and I’m fasting,” I quietly said from the back seat. He answered, “Not this year, Sweetie. God will understand your health is more important, and you cannot afford to skip a meal right now.”

I knew the whole scenario was disheartening. I could see in my both my parents eyes how scared they were, and how sad they looked when I shut the car door to head inside the restaurant. My brothers, who always had something to contribute, were silent. The holiest day of the year was consumed with me having an eating disorder, and being unhealthily underweight.

As disruptive as the holidays sometimes felt, my need to be around my family during such a challenging time was imperative. It was a safe, controlling environment, where I was able to manage my issues in a comfortable setting. The stresses of school and soccer, and being away from home, triggered multiple behaviors that prohibited me from halting my disorder in any way. The holidays that year fell at the most critical time. The only time I wasn’t completely starving myself or running beyond my typical excessive exercise regimen.

Thankfully, that has been the only year I have been forbidden to fast. Prior to that year, the idea of fasting, even for religious circumstances, sounded impossible, dreadful, and unpleasant. Following that year and until now, twelve years later, the thought of starving myself for one meal sounds excruciating, let alone a full day. That year, my focus on food consumed 100% percent of my thoughts. Today, of course, I will always carry with me the knowledge and experience I had, but I was able to recover and reduce that number significantly. My focus today is maintaining a healthy lifestyle, so I can have a happy marriage, and be a role model for my two young children. Balance is key, and I will continue to challenge myself to live in moderation.